my gamecube controllers finally arrived!!!! right after i played melee i got right on sa2b!!!!
i then played for... a really long time hehe ^^;; probably close to 6 or 7 hours (oops)

i found the first chao key box thing while playing as knuckles, so hes the first guy i went into the garden as! 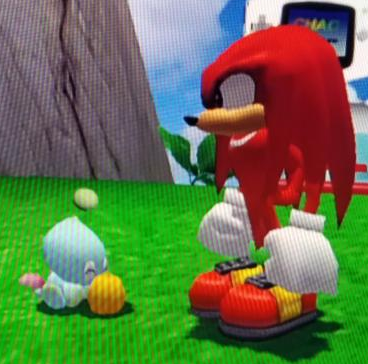 my initial chao are...
.PNG and Gloops! ik the names are weird, i think theyre funny and neat ^^

one of the first things i did was check their stats so... here they are! 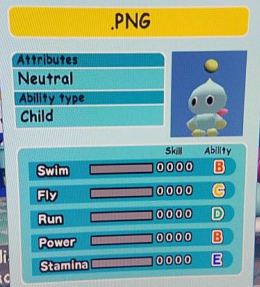 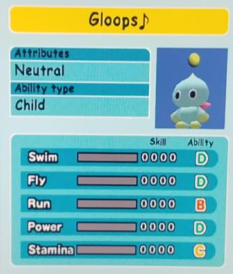 theyre... not the best stats but i can work with them!

after seeing their stats i decided to make gloops into a run chao. im not sure what exactly im gonna do with png to be honest... maybe a swim or power chao...?

i pet them both a bunch so they started looking a bit more hero-like, but i came back later with eggman and rouge to make gloops dark! 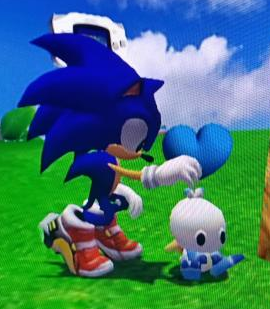 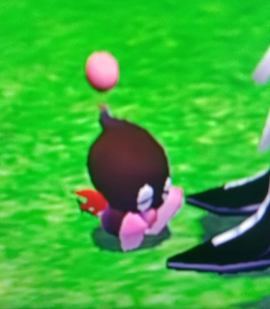 i gave them a bunch of animals and chaos drives inbetween playin stages, and replayed some stages to get more parts for them!

im excited for how theyll turn out ^_^ 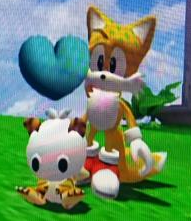 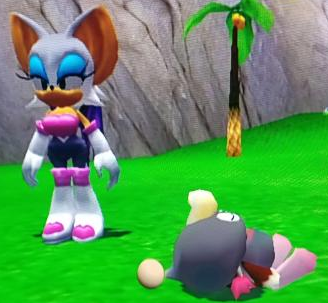 oh yeah, before i turned the game off, i entered gloops into a race! they got 5th place though... 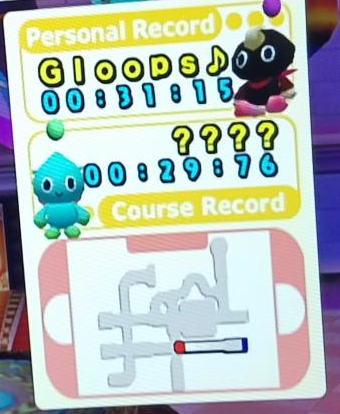 not strong enough yet... but well get there!! they can at least walk!

i dont remember what png's exact stats are at the moment, but gloops's run is at level 5 and their stamina is at level 4, with all their other stats being at 0... i should give them a better variety of animals and chaos drives hehe ^^;;

oh yeah, i forgot to explain chaos drives and animals... might as well do that now!

chaos drives can be found by defeating robots in stages, and depending on their color they increase certain stats on your chao!

yellow is swim, purple is flying, green is run, and red is power!

animals also increase your chao's stats, but they tend to increase multiple stats at once, and they also give them cute animal parts! 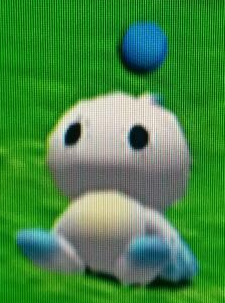 png has seal arms in this picture!

animals can also be found in stages, either wandering around, trapped somewhere, or in a pipe that you can whistle at to get one to come out!

i think thats everything... see you next time!